Work is in progress - some parts of the website may not be available.
0
0
0
0
0
Hiring   Casting   Projects   Companies   Persons
Mark all read 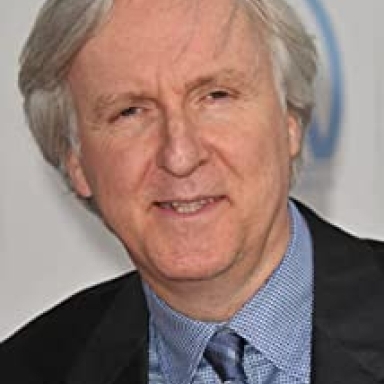 sponsored
About me
About me

James Francis Cameron was born on August 16, 1954 in Kapuskasing, Ontario, Canada. He moved to the United States in 1971. The son of an engineer, he majored in physics at California State University before switching to English, and eventually dropping out. He then drove a truck to support his screenwriting ambition. He landed his first professional film job as art director, miniature-set builder, and process-projection supervisor on Roger Corman"s Битва за пределами звёзд (1980) and had his first experience as a director with a two week stint on Пираньи 2: Нерест (1981) before being fired.

He then wrote and directed Терминатор (1984), a futuristic action-thriller starring Arnold Schwarzenegger, Michael Biehn and Linda Hamilton. It was a low budget independent film, but Cameron"s superb, dynamic direction made it a surprise mainstream success and it is now regarded as one of the most iconic pictures of the 1980s. After this came a string of successful, bigger budget science-fiction action films such as Чужие (1986), Бездна (1989) and Терминатор 2: Судный день (1991). In 1990, Cameron formed his own production company, Lightstorm Entertainment. In 1997, he wrote and directed Титаник (1997), a romance epic about two young lovers from different social classes who meet on board the famous ship. The movie went on to break all box office records and earned eleven Academy Awards. It became the highest grossing movie of all time until 12 years later, Аватар (2009), which invented and pioneered 3D film technology, and it went on to beat "Titanic", and became the first film to cost two billion dollars until 2019 when Marvel took the record.

James Cameron is now one of the most sought-after directors in Hollywood. He was formerly married to producer Gale Anne Hurd, who produced several of his films. In 2000, he married actress Suzy Amis, who appeared in Titanic, and they have three children.
- IMDb Mini Biography By: Dorian House